According to China SARFT, or State Administration of Radio, Film and Television, China TV open rate has dropped from 70% to 30% in 2013. The report showed that under the impact of PC, tablet and smartphone, TV open rate dropped from 70% three years ago to 30% in 2013. Senior became the majority of traditional TV audience, even for those who both watched TV and online videos, they preferred online videos more.

The loss of young watchers endangered TV advertising. Online advertising had been growing from 2007 to 2012, 3 out of 6 years with more than 120% growth rate, outperformed the growth of TV advertising. 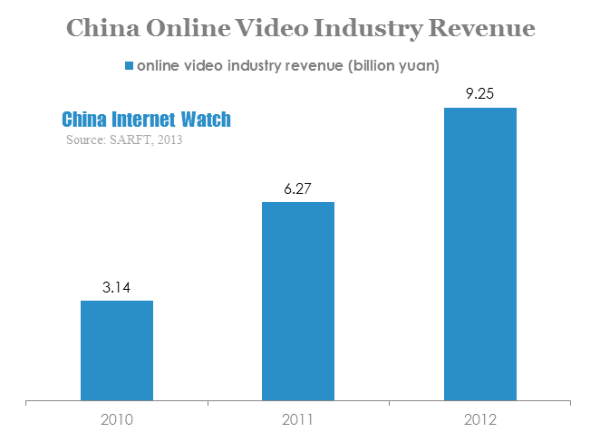 Although the number of online video users could not compete with TV users, it has high penetration rate in high education and high income young people. And in 1980s, official media had 80% say in reporting; in 2012, non-official media gained 75% say in 20 hot online events.