WeChat added a photo annotation feature in the latest version of WeChat 6.5.5 for iOS or WeChat 6.5.4 for Android. WeChat’s been testing WeChat Mini Program (mini apps) for a while, a new ecosystem for creating light apps on top of WeChat; it’s expected to launch on 9 January 2017. 80% users use WeChat to interact with friends, which is the top usage of WeChat. 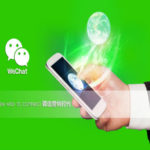 A post shared in Moments of a WeChat account, which has thousands of friends, could receive zero views. And, there is nothing wrong with that account that is active and works properly. Why? Tencent’s WeChat team has started offering video ads in its social networking section Moments with a minimum CPM of 180 yuan (US$27.7) for Beijing and Shanghai targeting. WeChat is launching a separate app for enterprises according to Weixin Team. It’s currently under internal testing with selected enterprises. With the development of mobile internet and smartphones, users’ spending habits tend to transform to the mobile end. Companies utilized WeChat official accounts to promote products and brand. Most countries hope to reach potential consumers through WeChat OA according to WEMCB research. Daily active Users of WeChat totaled 570 million in China in September 2015 according to Tencemt. Daily active users grew by 64%, compared with 49% in the same period last year. The majority of users were the post-90s and post-80s, and about 60% of users were the young generation from 15 to 29 years old. WeChat’s urban heat map function was formally launched on September 25. WeChat users could check real-time traffic of attractions in China and get alerts for crowded places to help with travel planning. As China is investing more in tourism, this feature could be helpful to avoid visiting crowded places during holidays.