Momo, founded in March 2011 by Tang Yan, Zhang Sichuan, Lei Xiaoliang, and Li Zhiwei (most of whom are veterans of NetEase, and is based in Beijing), is a free location-based service instant messaging mobile application for smartphones; it's popular for dating nearby strangers. And, it was well known as a tool for getting laid with strangers.

Momo users can find people nearby and send each other text messages, images, location information, and voice messages.

The Momo mobile app, which is available on Android, iOS, and Windows platforms, enables users to establish and expand their social relationships based on locations and interests. Momo offers a personal and lively way for users to discover people nearby.

Momo features various location and interest-based features, such as Nearby Users, Groups, Message Board, Topics and Nearby Events, multi-media instant messaging tools, as well as popular mobile games. The various functions are connected with each other.

For example, the Nearby People function features links to nearby Groups and Nearby Events.

Momo has developed a tiering system whereby each user is assigned one of six scores based primarily on his or her behavioral patterns, profile credibility, degree of engagement, and quality of interactions with other users. Each user can monitor the score on his or her profile page.

A user can generally improve his or her tiering score by demonstrating a pattern of wholesome social behavior, a credible social profile, active engagement, and high-quality interactions with other users.

Momo was initially released in August 2011.

In December 2011, Momo announced surpassing half a million users.

In October 2012, the number of Momo's register users has surpassed 15 million

In July 2013, the number of Momo users reached 50 million Momo, a popular mobile social networking platform in China, saw 113.3 million monthly active users in December 2018, compared with 99.1 million in December 2017. Its total paying users of live video service and value-added service, excluding the overlapping and including 3.9 million paying users of Tantan, were 13.0 million for the fourth quarter of […] Monthly active users of Momo reached 110.5 million in September 2018, compared with 94.4 million the prior year period, according to its unaudited financial results. Total paying users of Momo’s live video service and value-added services, including 3.6 million paying users of Tantan, were 12.5 million for Q3 2018, an increase of 71.23% year-on-year. Momo, one of the top mobile social networking platform in China, announced total net revenues of $494.3 million in Q2 2018 with an increase of 58% YoY, according to its unaudited financial results. 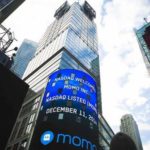