Qzone was created in 2005 by Tencent. It allows users to customize their blogs, keep diaries, send photos and listen to music. Gradually, Qzone has transformed from a personal space to the biggest social network open platform, and its monthly active users grew to more than 600 million. Qzone was the biggest open platform from Tencent, either judging from its revenue or shared revenue from the third party. Tencent opened Qzone platform, it surpassed competitors like 51.com, Renren and kaixin001.com and generated sizeable revenues for Tencent.

Qzone was created in 2005. It allows users to customize their blogs, keep diaries, send photos and listen to music. Gradually, Qzone has transformed from a personal space to the biggest social network open platform, and its monthly active users grew to more than 600 million.

By the end of 2012, more than 540,000 websites used QQ connection, resembles Facebook connection, to log in Qzone and gain basic QQ user information and add QQ share buttons on their websites.

It has brought in 2 billion yuan (USD 324 million) accumulated income to Qzone third-party developers as of 2013. Apps registered on Qzone surpassed 350 thousand. It has more than 80 thousand registered developers, 90% of which have made money.

It goes way back to when Peter Zheng, vice president of Tencent, joined Qzone crew in 2006. As soon as he joined, Zheng launched Web 2.0 space  model-blog. This was a successful transformation, and soon its users reached 1 million by the end of 2006.

The number kept growing, and monthly active users broke 100 million at the end of 2007. At the same time, 51.com and Renren attracted a large number of users, Web 2.0 social network became a hit. Facebook was not so well known in China then.

Qzone crew made a second attempt just as most Chinese internet companies were considering social network business model, with strong money and traffic support from Tencent. Like, comment and repost sharing model became mature and catered to the emerging micro-blogging need. In 2009, Qzone users hit 300 million.

In 2011, Qzone users reached 500 million and it transferred to an open platform. Before, the crew tried some small games to test the Qzone open platform.

It was not until the popular game QQ farm, that sped up Qzone's transformation to open platform. When Tencent announced its open platforms, Qzone had formed its own operating model. Since then, Qzone crew was in charge of Tencent open platforms design, QQ connection was also created by them. Tencent saw its first decline in profit since Q3 2005. WeChat total MAUs grew about 10% to 1,057.7 million. Overall, both QQ and QZone saw a decrease in their MAUs in this quarter. The number of people in China using social networking and communication sites or apps rose modestly in the first half of 2017, with 84.3% of internet users using WeChat Moments and 65.8% using QZone. The total number of monthly active users on WeChat reached 963 million, an increase of 19.5% YoY according to Tencent’s latest financial results. QQ MAUs dropped 3.9% to 662 million. 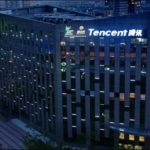 Combined MAU of Weixin and WeChat were 806 million, an increase of 34% YoY, according to Tencent’s Q2 results. China social media users maintained a rapid growth across all age groups in 2015 according to Kantar. The most popular social media was WeChat, Qzone and Weibo.