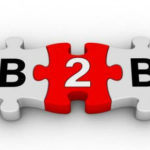 1688.com, the largest online B2B website under Alibaba Group and sourcing destinations of many Taobao sellers, is opening up to foreign suppliers with the addition of twenty four South Korean brands through Alibaba’s Direct From Overseas Markets program. China B2B e-commerce market revenue has exceeded RMB4.53 billion (US$740 million), an increase of 6.1% from the prior quarter in the same year and by 57.29% from prior year period according to the latest data from Enfodesk. Alibaba’s data showed that in the first half of 2013, Yiwu B2B online transaction reached 2.51 billion yuan (USD 410 million). It is expected to hit 5 billion yuan (USD 816 million) by the end of 2013. Yiwu, a city in the central area of Zhejiang province in China, is one of the most active […]

In China, social marketing began in 2010, when Sina Weibo users hit 200 million. First, Sina Weibo platform had been developed for a while then, and a lot of enterprises were willing to enter the platform. Second, Sina Weibo opened its API (Application Program Interface) to third-parties, and they could develop Weibo apps. As for […]