On September 3, the 5th day of the opening of the Hema Mini in Shanghai’s Pujiang City Life Plaza, RMB 0.99 for Hangzhou cabbages and abalone for RMB 1.99 attracted the senior residents to rush buying. A shopping guide shouted: “steak is on sale, download Hema App and you are eligible to buy one get […] 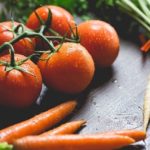