China internet advertising market has entered a mature stage in 2015. Marketing on Weibo and WeChat has been one of the most effective methods to promote brands and companies in China in 2015. Schwarzkopf sold out nearly three million bottles of shampoo on Double 11 2015; sales value reached 9.7 million yuan (US$1.48 million) with an increase by 78% compared with the previous year. It became the best seller on Tmall in its category..

Schwarzkopf had prepared for Double 11 as early as June 2015. They implemented two marketing activities for the shopping festival. First, Schwarzkopf invited Mark Bustos, a famous hairstylist in Wall Street, to cut hair for Shanghai citizens and Alibaba staff; second, Schwarzkopf made a short film Begin from the Head which had a positive influence on the public.

In addition, Schwarzkopf invited SNH48 to endorse a series of FRESHLIGHT products which targeted the young female. The number of consumer visits to Schwarzkopf Tmall flagship were 2.5 times higher than any other periods when SNH48 performed on Double 11 Evening Party. These posts were directly against Uber’s drivers with no legal operating license, privacy disclosure and safety problems. Although many internet users were objectionable towards this set of ads and some pointed out a mistake in a post, it was a successful advertisement that generated awareness and influence.

UCAR had left a clear position as safety and high privacy for prospective customers during the activity. In addition, UCAR had provided vouchers three days later which drove downloads of its mobile app dramatically. The Most Passionate Resignation Letter

A teacher in Zhengzhou China submitted her resignation letter with only ten Chinese characters which meant “the world is big; I want to go see it”. The resignation letter was considered as the most passionate letter and caused a marketing fever in China. Colors of the Dress

A dress was fiercely talked about among China internet users in Feb 2015. Whether the dress was black and blue or white and gold was discussed among millions of internet users both in China and foreign social media.

Roman, the brand of this dress, was the biggest winner of this “debate”. Its women clothing sales increased by 347% and brand became worldwide known. 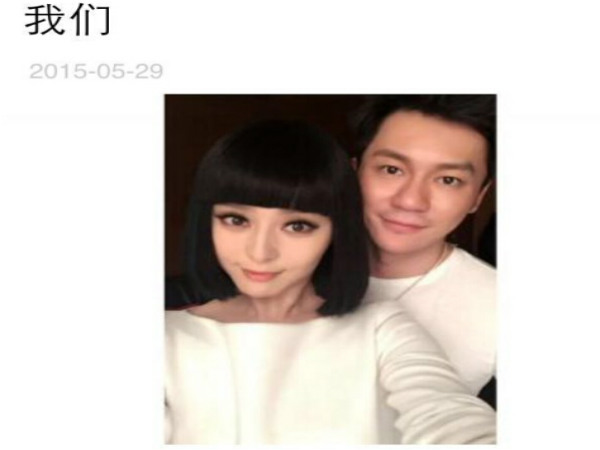 Li Chen and Fan Bingbing, two famous celebrities in China, announced their romantic relationship with a photo on Weibo with a simple text “We” on May 29th, 2015. And then companies and brands began marketing with “WE”. L’Oreal Paris, Pechoin, Hanhoo, ZMC, OSM, SIBU, CIVIER, Kotex, Durex, etc. who used similar pictures and creative words with “we” to advertise for their brands or companies. ALS (amyotrophic lateral sclerosis) ice bucket challenge was launched by Pete Frates, a famous baseball player in Boston College who was suffering from the disease. Persons who were named should either challenge the ice bucket within 24 hours or donate US$100 to fight against ALS.

ALS ice bucket challenge was spread from overseas social media. The challenge was first initiated by Lei Jun (president of Xiaomi), Robin Li (president of Baidu), and other famous figures in China on the internet and technology industry. Then, celebrities joined, and many citizens spontaneously participated in the activity.

ALS ice bucket challenge was a very effective combination of marketing and public welfare. It got donations of 257 million yuan (US37.57 million) in a month far more than the expectation of Pete Frates. Many brands also took advantage of this campaign for marketing among which the most famous one was Samsung naming Apple for the ice bucket challenge.