In the coming years, as the mobile client commercialization deepens, copyright contents (TV dramas, variety shows and sporting events) are be introduced continuously, and  user generation videos develop, online video market will keep a relative high growth, according to iResearch. The advertising revenue accounted for 75% of total revenue in 2013, ranked the first. The proportion was predicted to rise slightly to 77.1% in 2017.

Advertising is, and will be in recent years, the main way to monetize traffic due to the typical media attribute of online video. For now, high-quality hot dramas and variety shows guaranteed the advertising revenue, and contents such as animation and sporting events helped to boost the advertising profitability. Most mobile online video revenue came from advertising, while the revenue proportion of non-advertising ways to monetize the traffic were increasing, as a consequence of growing traffic and deeper commercialization. 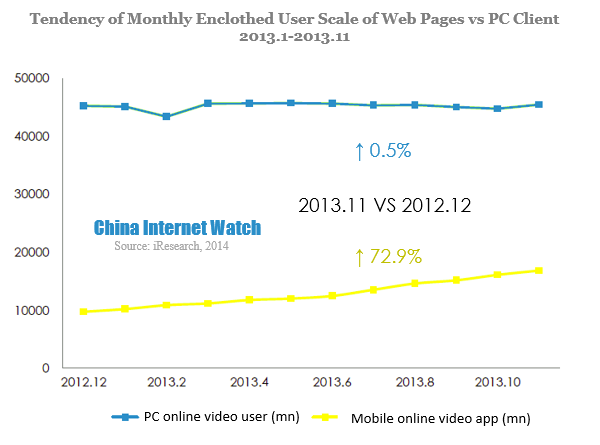