China UnionPay was established in March 2002. It is a joint organization of China bank cards approved by the People's Bank of China with the approval of the State Council.

It is headquartered in Shanghai. As of September 2019, China UnionPay has become the largest card organization in the world, issuing nearly 8 billion bank cards.

The app users can also make tap & go payments at over 2.8 million POS terminals in 37 countries and regions.

UnionPay's mobile payment market share is far behind Alipay and WeChat Pay but leads the other players.

QuickPass is accepted in many supermarkets and fast food stores. QuickPass is also supported by several digital wallet providers such as Samsung Pay and Apple Pay.

In 2005, UnionPay entered into agreements with other payment networks to increase acceptance around the world. Some major examples include Discover, RuPay in India, JCB in Japan, BC Card in South Korea Self-driving tour has become the standard for National Day Golden Week travel in 2021, and the popularity rises by 150% according to Mafengwo. From October 1 to 7, UnionPay online transactions totaled 2.72 trillion yuan, with 4.863 billion transactions, and the average number of daily transactions increased by 31.73% year on year. UnionPay data show […] Huawei is turning all its smartphones to Point-of-Sale (POS) machines based on the NFC technology, which means potentially hundreds of millions of POS machines. Merchants only need to activate online billing service to receive payment without any traditional POS machine or QR code. Huawei Pay made its debut on August 31, 2016, under a joint branding […] The third-party comprehensive payment market picked up in Q3 after its sluggish start this year, which reached 54.94 trillion yuan (US$8.01T) with a growth of 7.99% quarter-on-quarter. Alipay, Tencent Finance, and UnionPay combined accounted for 87.5% of the total. China’s non-financial institutes that provide payment services processed around 54.94 trillion yuan-valued transactions in Q3 2018, an […] 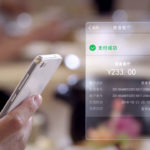 Internet and mobile payment services have spread like wildfire in China over the last two years, filling the gap which existed in the formerly cash-dominant society for the safe and secure transfer of money and electronic payments. China has only a very limited credit and debit card infrastructure, offering an opening for mobile payments unseen […] China Third-party online payment market had a total transaction value of RMB 4.65 trillion in Q2 2016, with an increase of 6.5% QoQ according to Analysis. China male consumers spent more on large purchases than female. 51% paid for over half of their online purchase on mobile end; and, mobile payment for virtual goods consumption increased by 6 percentage points higher in 2015 compared with the previous year according to China UnionPay.