Women are born to love shopping. However, more male shoppers shop online than the female in China according to research data from Nielsen. China’s online shopping male consumers account for 55% and female 45% in 2015. Over 79% consumers are highly educated; undergraduates, graduates, and even masters. China online shoppers with monthly incomes of no less than 8,000 yuan accounted for 81% of the total. Pursuant to rapid penetration of internet and smartphones, China’s online shoppers increased to 557 million in 2014, mobile shopping users 361 billion and online payment users 304 million. By 2020, China’s internet users are expected to reach 80% of the total population and 70% of them would shop online. 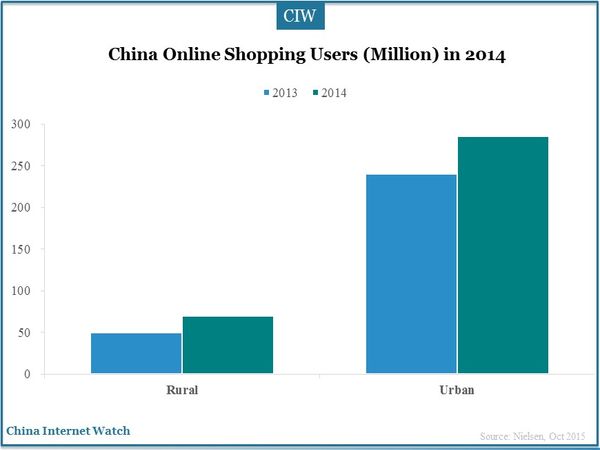 Online travel market has the largest transaction in China e-commerce market, followed by digital products market. Mothercare products are bought most frequent online by parents. 68% of online shoppers would search for goods online during weekends; 55% of users may add products to their shopping carts after dinner. The average family number of shoppers is 3.2 persons and over 60% of users are married.

Hangzhou, the capital city of Zhejiang province and headquarter of Alibaba, hosts over one-third of China’s e-commerce websites. By the end of 2015, Hangzhou is expected to generate 100 billion service revenues and create 600,000 jobs for China.

Small and less-developed cities and rural areas are regarded as new growth opportunities by many e-commerce companies. For example, Alibaba has invested 10 billion yuan (US$15.76 billion) targeting rural areas.

Also read: China E-commerce Market to Reach US$3.8 Trillion in 2018