Kantar is one of the world’s leading data, insight, and consultancy companies. Working together across the whole spectrum of research and consulting disciplines, its specialist brands, employing 30,000 people, provide inspirational insights and business strategies for clients in 100 countries. Kantar is part of WPP and its services are employed by over half of the Fortune Top 500 companies. For further information, please visit us at www.kantar.com The latest data from Kantar Worldpanel shows that there were 22 Fast Moving Consumer Goods (FMCG) companies reaching over 100 million urban Chinese households during the 52 weeks ending October 4, 2019, with P&G, Yili and Mengniu each attracting more than 160 million families. Products from these three companies were bought by more than 90% […] The men’s beauty market in China looks to be more promising than in many other parts of the world, according to new research from Kantar Worldpanel. The new study, analyzing the behavior and attitudes of 22,000 men across eight countries, finds that globally, 32% of men say that it’s important to keep up with the […]

For all retailers and manufacturers around the world, the big question is always the same: “how do we grow when, globally, volumes are sluggish?” If we look exclusively at trade aspects, the past years have seen the decline of larger formats, the rise of value-for-money models, the boom of e-commerce, and cannibalization between channels. This […] China’s effort to expand garbage sorting into more cities will have a far-reaching impact on consumers’ shopping behavior and their attitudes towards brands. A new service will help Alibaba double the number of foreign brands on Tmall Global to 40,000 in three years. Alibaba has taken another giant leap forward towards its ambition of becoming the world’s fifth-largest economy by 2023, becoming a truly global titan of commerce. A crucial element of realizing this is attracting more global […] Post-90s generation consumers are the core growth driver for the personal care market in China. In China, demographic cohorts were often defined by decades in which the segment was born. Post-90s generation refers to those who were born in the 1990s. They were once considered as “emerging consumers”. But now in 2019, they are in […]

China’s emerging Gen-Y’s complete travel experience journey has five stages: dream, plan, book, experience, and share. Let’s see an overview of emerging Gen-Ys’ power, how they re-shape China’s travel market, stages of their travel journey, and how to get ready. Overview of Emerging Generation Y’s power There is no strict demographic definition for Generation Y […] Consensus, offer, performance and ecosystem are four hurdles towards the take-off of pure EVs. China has ticked the first two and making great progress on the third. When I worked in China a few years ago, I was fascinated by the power, scale, and speed of the changes in China’s auto market. Since moving to […] By 2025, 31% of fast-moving consumer goods on China’s mainland will be sold through online channels, more than double that in 2018, according to Kantar Worldpanel. Online sales of fast-moving consumer goods (FMCG) grew by 20.3% globally in 2018 and now represent 5.1% of grocery sales worldwide, according to new Kantar Worldpanel data. Growth was […] Nine brands entered the BrandZ™ Global Top 100 2019 as newcomers, the greatest number of newcomers since 2015. The make-up of the newcomers also demonstrates some of the drivers of volatility. Six of the nine newcomer brands come from Asia, including four Chinese brands. Six brands are in technology or technology-related categories, and several brands […] Kantar Worldpanel China reported strong growth in the Chinese beauty market, with skincare and makeup categories increasing 13% and 17% respectively during 2018, outperforming total FMCG. 1. Most-Chosen Brands Pechoin (百雀羚), which is the only local brand that is chosen more than 100 million times, maintained its leadership position in the Chinese skincare market for […] 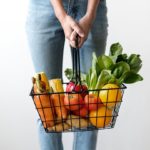